Adine Roode is Relais & Châteaux’s 2019 Woman of the Year

We are so thrilled to announce that Adine Roode, Owner & MD of Jabulani and the leading force behind HERD, has been awarded this year’s Relais & Châteaux Woman of the Year Trophy!

At the annual Congress held in London today, 18 November 2019,  Relais & Châteaux named Adine as one of the “women of heart and intellect, women of spirit and taste,” that they select to honour with the esteemed trophy each year.

“Where would Relais & Châteaux be without the exceptional women who have perfected the graceful art of receiving and who are the creators of an environment that is conducive to happiness?” The prestigious association, which Jabulani has been part of since 2009, stated.

“Women with warm hearts and keen intellects, with an eye on everything and every detail, they run their properties that bear the stamp of their character. The Woman of the Year Trophy pays tribute to them, with the sparkling complicity of Pommery. Dedicated in fond memory of a woman of taste: Louise Pommery who, in 1874, came up with the idea for the first brut Champagne, the legendary Cuvée Louise.”

On stage, in front of the hundreds of other inspiring faces of the worlds’ finest hotels, lodges, camps and restaurants, Relais & Châteaux International Director of Member Services, Julia Geffers, along with the Director of Africa & Indian Ocean Delegation, Annie-Claude Bergonzoli, posed a few questions to Adine. Take a look at Adine’s answers below.

It is now time to discover the 15th woman of the year and without further ado, I would like to invite on stage Adine Roode together with Annie-Claude, our delegation manager. Welcome!

Adine, yours is a story of Africa, of conservation, of generosity and caring. How did your passion for animals, and especially elephants, start?

The love of wildlife has been in my blood since I was a young girl. My happiest and earliest memories come from family holidays in the Kruger National Park and time spent at my father’s own reserve, the Kapama Private Game Reserve, in South Africa, where he put me to work in ways that inevitably fostered and deepened the bond I have with wild animals today.

These early experiences moulded me and showed me a world that I wanted to be part of for the rest of my life: the world of conservation.

My mother had transformed the Hoedspruit Endangered Species Centre (HESC) into a wildlife conservation centre. A little elephant calf, only four months old, named Jabulani, was brought into her care after he had been found injured, abandoned and stuck in the mud of a silt dam.

Sometime later, my mother was contacted to urgently step in and rescue a herd of elephants from an elephant-back safari operation in Zimbabwe that was under threat from the community. Tokwe, the matriarch of the herd, accepted Jabulani lovingly and gracefully. From that day on, I spent all of my time, together with my kids, with the herd and the carers.

My love, understanding and respect for elephants have deepened every day since. It pushes me to continue fighting to find new and better ways to protect Africa’s elephants, including in my latest project, South Africa’s first dedicated elephant orphanage, called HERD (Hoedspruit Elephant Rehabilitation & Development). It’s the beginning of the next chapter. 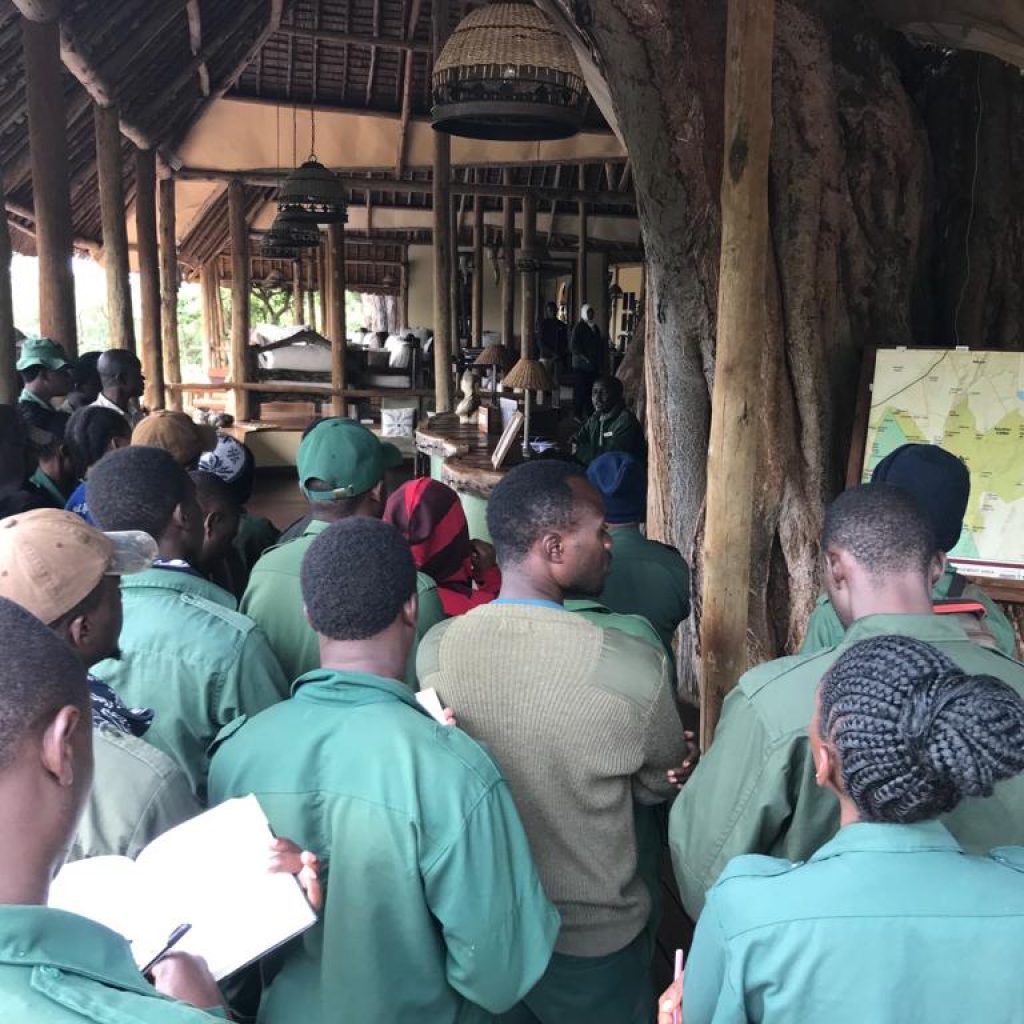 June 20, 2019 Elewana Tarangire Treetops Hosts the Next Generation Going into Tourism for the Day Read More