British troops have helped a conservation organization relocate critically endangered black rhinos from South Africa to Malawi, the Ministry of Defence announced Thursday, in what it described as “one of the largest international rhino translocations to date.”

Soldiers from the 2nd Battalion Royal Gurkha Rifles worked alongside African Parks to transport the animals by air and road from the coastal South African province of KwaZulu-Natal to Malawi. 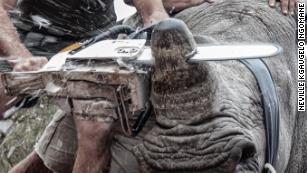 This South African student is fighting animal poaching using wildlife photos
According to African Parks, 17 black rhinos were moved and “successfully released” into their new home in southern Malawi.
The troops, who have since returned from their mission, were on a three-month counter-poaching deployment, where they were based in Liwonde National Park in Malawi.
They worked with the non-governmental organization to train current and new rangers, helping to crack down on the illegal wildlife trade by improving patrolling effectiveness and information sharing skills. 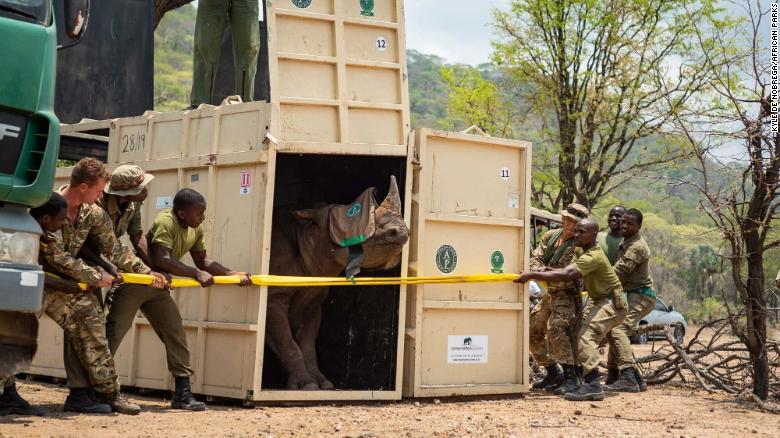 British troops worked alongside African Parks to transport the animals.
“Helping with the rhino move was a fitting end to our time in Malawi, getting up close to the animals we are here to help protect was an experience the soldiers won’t forget,” Major Jez England, Officer Commanding British Army Counter Poaching Team in Liwonde, said in a statement.
Malawi’s Department of National Parks and Wildlife Ezemvelo KZN Wildlife also worked on the project.
According to the World Wildlife Foundation (WWF), there are now about 5,000 black rhinos, the smaller of the two African rhino species, in the wild. 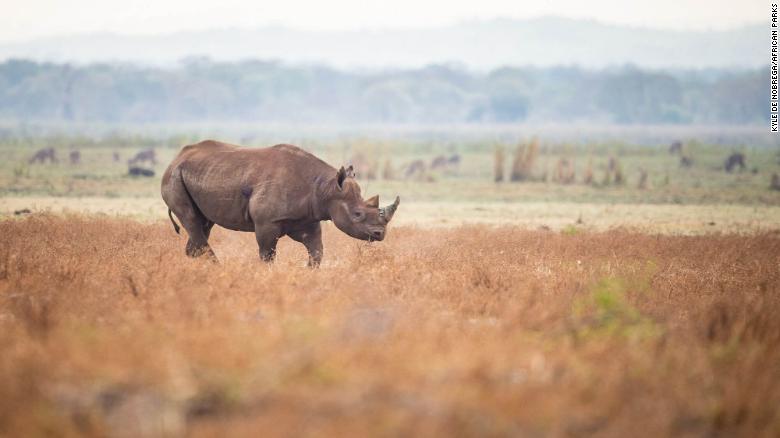 According to African Parks, 17 black rhinos were moved and “successfully released” into their new home.
Their population declined dramatically in the 20th century due to “European hunters and settlers,” the WWF wrote.
The Ministry said the project will help “boost the rhino population in the region” and “African Parks is continuing to intensively monitor the rhinos as they settle in to their new environment.”
Read more from CNN
Share on Facebook Share on Twitter
Search