Where to See Rhinos in Uganda 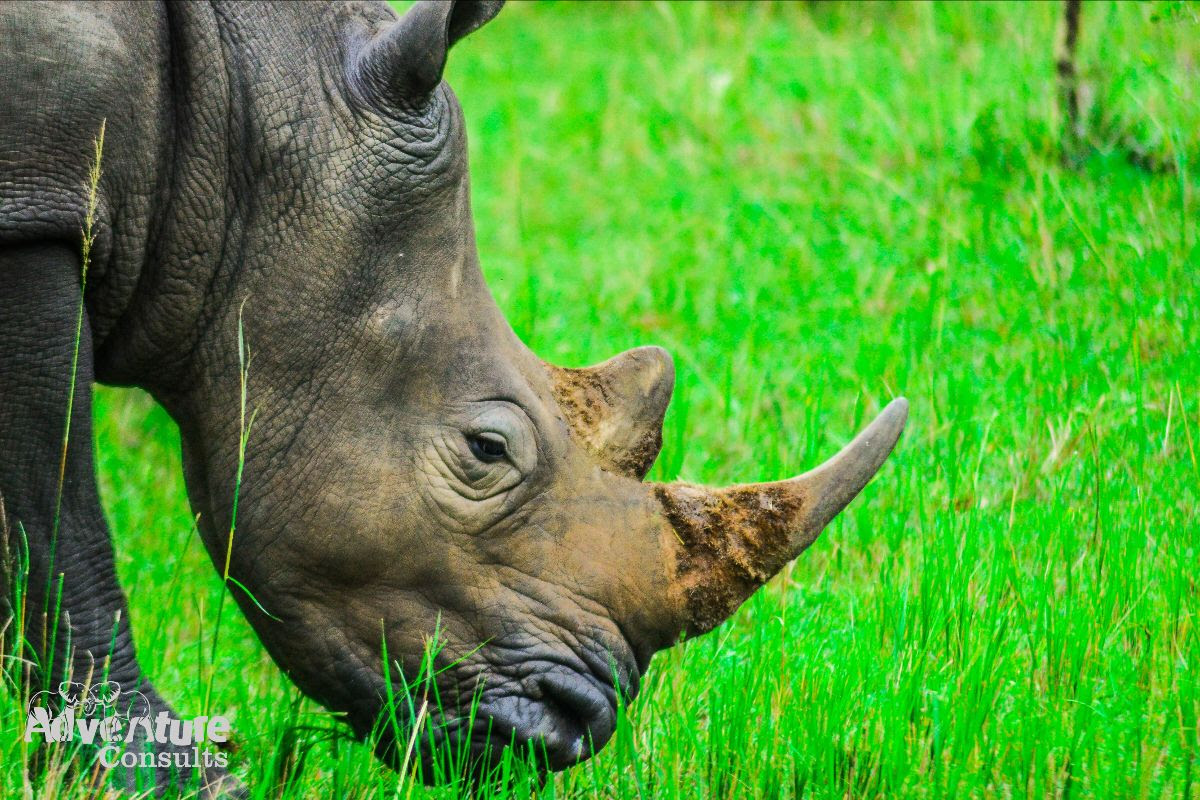 There’s always something good about Rhinos!

The latest from Uganda Wildlife Authority (UWA) and Ziwa Rhino sanctuary is that the two organizations have come to a mutual understanding and long-term partnership to keep the Rhinos at the sanctuary. Contrary to earlier plans of relocating the Rhinos, these giants will stay at the sanctuary for some more years.

Our sales team had a chat with Daisy, (co-owner of the 16,000-acre property where the rhino breeding has been taking place since 2005) and she confirmed that the sanctuary is open for tourism. “Rhinos are safe, health and tourism activities are going on normal,” said a jolly Daisy. She also added that, “With guidance and monitoring by Uganda Wildlife Authority, visits to the rhinos are ongoing and clients are having amazing walking experiences”.

There are however plans to have the rhinos introduced to bigger protected areas/National parks, but this will only happen after carrying out feasibility studies to identify suitable locations. Rhino relocation must be done professionally to ensure their safety isn’t compromised, so this exercise may not happen soon.

Both black and northern white rhinos were declared extinct throughout Uganda in 1983. The nation went without the magnificent beasts for close to 22 years until the translocation of six animals from overseas to Ziwa, four from neighboring Kenya and two from Disney Animal Kingdom in Florida.

As of September 2021, the rhino population at the ranch is at 33 individuals. The youngest Rhino in Uganda is one month old and was born by Mother Kori towards the end of July 2021. Kori’s newborn hasn’t been named yet. To keep attachment and close relationship between Rhinos and people, different individuals are encouraged to give names to Rhino babies. A fee is paid to the Rhino Sanctuary and this money goes directly towards the upkeep and security of the endangered giants. You might be the lucky naming super star, so feel free to express interest through our team and the naming ceremony will be part of your trip.

A safari to Murchison Falls National Park would be incomplete without a visit to the rhino sanctuary for a bushwalk and get close to the Rhinos. This makes Murchison Falls the only place in Uganda where you can see the Big 5 of African wildlife: lions, leopards, elephant, buffalo and rhino.
Make Ziwa Rhino Sanctuary part of your next trip to Uganda!

May 24, 2021 Meet with Our Africa Portfolio at the Re•think Travel Virtual Trade Show Read More